“I have had varicose veins since my twenties, but about 18 years ago they took a turn for the worse.

Eight years ago, I went back to my doctor but all he could do was advise me that I wear thick compression stockings.

They were really gross and my initial reaction was I can’t possibly wear those every day. I wore them for a couple of years, but they were making me really unhappy – they made my shoes tight and cut off blood to other places! So I stopped wearing them, unless I was wearing trousers.

Then about five years ago, I developed varicose ulcers. They were very, very painful and took months to clear up. I’ve had two in the last four years and that’s what prompted me to try and do something else about it.

A chap at work told me he’d had laser treatment on his leg so I looked it up on the internet and Michael Gaunt’s name came up.

I went to see him and he said he could help. I had the operation under general anaesthetic at about 6pm. By 9pm, I was up and eating sandwiches.

The next morning I went out for my first mile walk – I was thrilled with it all. After the first week, I had barely any pain.

After two months, I noticed the red patch was going. And where it had started to come through on the other side of my leg, it had actually gone. I was surprised by this because the reason for having the work done was to treat the ulcer not the actual appearance.

I think there is a tendency to think its older, bed-ridden people who get varicose ulcers. But I’m quite active. I go to exercise classes and I still got them.” 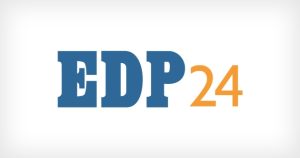